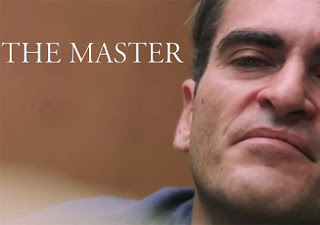 I reviewed this film for The Hollywood News.

Paul Thomas Anderson’s ambitious follow-up to his 2007 masterpiece There Will Be Blood has received a lot of ink touting it as the origin tale of Scientology. And, while aspects of The Cause (the cult at the heart of Anderson’s narrative) often mirrors certain methods promoted by Scientology, to simply categorize The Master as a loosely-based look at L. Ron Hubbard is to do it a great disservice.

The idea of a Scientology-like “religion” is used only as a narrative framing device — the film itself poses much more thought-provoking questions. Why are we susceptible to mind control and manipulation? What does it ultimately say about the human condition? Just how fragile are we?

Discharged US Navy officer and alcoholic Freddie Quell (Joaquin Phoenix) falls under the influence of the charismatic Lancaster Dodd (Philip Seymour Hoffman), taking to his cult group The Cause in a desperate attempt to tame his animalistic nature and put an end to his own rootlessness.

However, The Master is an intricate character study, first and foremost. It chronicles the lives of two very different men carrying their own unique emotional baggage. When the two collide and, for a brief time, appear to understand one another, it becomes apparent that their only real difference is how they each choose to handle their inner torment. Where Dodd went on to become The Master to the followers of The Cause, Freddie wallowed in his misery, constantly conjuring images of his violent past and the love of his life that he let slip away.

As Freddie Quell, Phoenix gives what is arguably the finest performance of his career to date. From his physical transformation to his fierce intensity, his full commitment to the role is palpable. His Freddie is a lost soul so damaged that he seems beyond repair. You don’t doubt that his admiration for Lancaster Dodd is genuine, although he appears to simultaneously love and loathe the only man who has ever given him the time of day. He’s teetering on the edge of insanity and Phoenix’s shocking performance is absolutely mesmerizing to watch.

With Lancaster Dodd, Hoffman is equally compelling as he goes from a charismatic father figure to launching a tirade of abuse against anyone who dares question his theories on life. Dodd thrives on the admiration of others and, beneath his jovial exterior, masks an ego that constantly needs nourishing.

In these early stages of the awards season, Phoenix and Hoffman are two clear frontrunners.

To enhance an already vivid experience, Anderson used 70 mm cinematography from director of photography, Mihai Malaimare Jr. The end result is a series of gloriously lensed, razor-sharp images that pop off the screen and lend the performances — specifically Phoenix’s haunted Freddie — an added layer of realism. You can see every line on his furrowed brow.

The Master is one of those films that will undoubtedly benefit from multiple viewings. While it may appear that the script only scratches the surface of its deeper questions and philosophies, Anderson’s latest entry does not judge his characters or their actions and does what any great film should — generate discussion, not only about film but life in general.